Well, This Is What Our Homeless Crisis Looks Like In Legoland

The homeless crisis has officially hit our Lego cities. The Honolulu Star-Advertiser chose to illustrate its cover story today, about the city’s plans to use vacant property at Sand Island as a temporary staging area for homeless people to set up tents and get services and aid (a very serious cover story), like this: 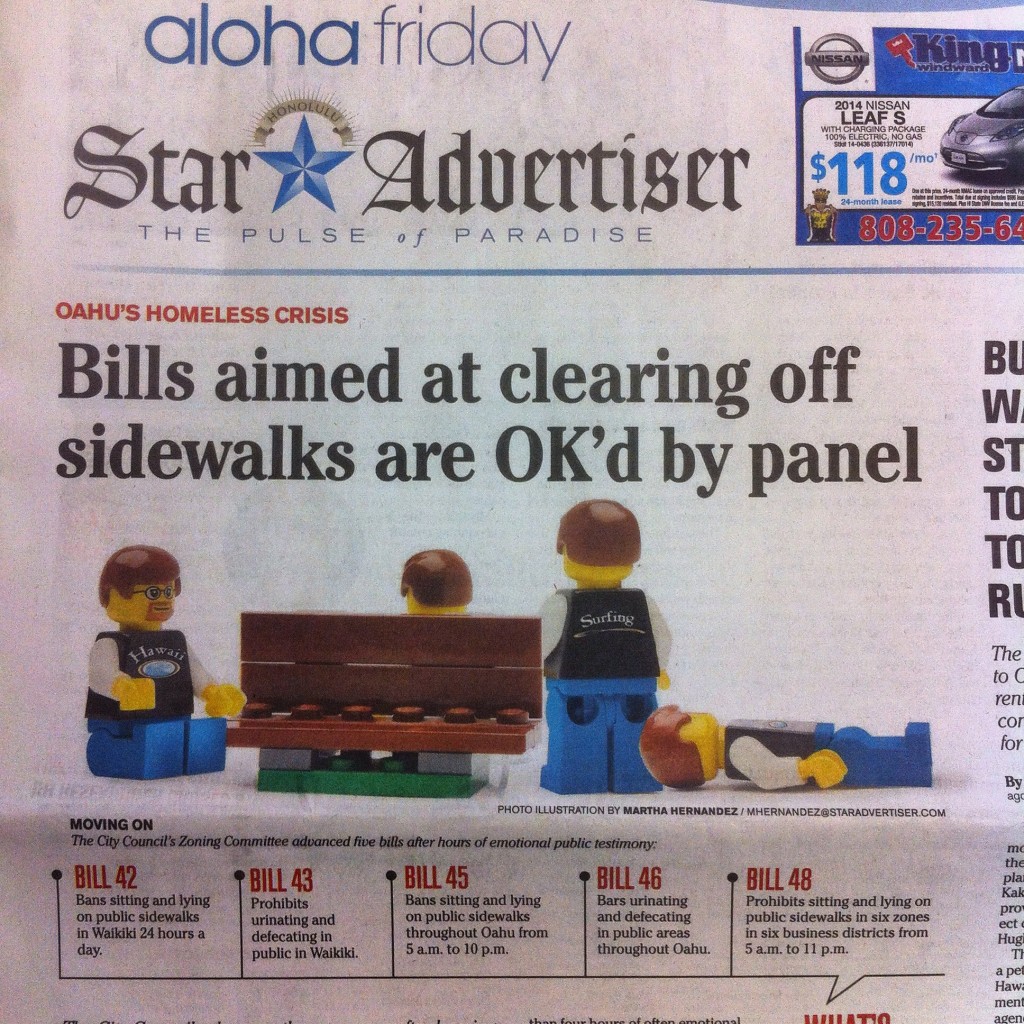 Captioned “Oahu’s Homeless Crisis,” the illustration shows one distraught Lego man probably taking a dump behind the bench, while another is passed out on the sidewalk, presumably from drink or drugs or both, and another, facing away from the camera, taking a piss, we’re guessing. We couldn’t help but notice there is nobody actually on the bench.

We’re interested to see if their follow-up uses photos of dog turds with glasses on them to represent cops.