The Truth Behind America’s Beauty Balls

With the announcement of Moani Hara as Miss Hawaii USA 2014—last night’s pageant, held at the Modern Honolulu, will air on KHON on Saturday, Oct. 26 at 7pm—former Narcissus, Miss Chinatown 1st princess, and Miss Earth Hawaii contestant Christina Soo Hoo reflects on her days as a pageant girl and what it says about us that 1.9 million adults watched the Miss America pageant earlier this year.

When I was younger, I remember watching the Miss America pageant with my family. And, as an Asian-American little girl, I remember wanting the white, blonde girl to win. But, why?

Ever heard of Clifford Geertz? The American anthropologist wrote an article on Balinese cock fighting that changed the way I look at the world forever. Titled “Deep Play: Notes on the Balinese Cockfight“, the work was inspired while on a trip with his wife to Bali. Geertz and his wife witnessed an illegal cockfight that shook him up so much that, after police broke it up, he realized he could and should extrapolate a lot about Balinese culture, behavior, and morals from this communal event.

To understand why the Balinese were so loyal to cockfighting is to understand Balinese culture. From their family to their fights, from Balinese fowl to an intense and dedicated “till the death” motto, there is always a part of this cultural event with which a Balinese person can identify. “For it is only apparently cocks that are fighting there. Actually, it’s men,” Geertz wrote.

So what does this mean for pageants, those events that parade beautiful girls and women onto a stage in front of judges and international audiences? It only makes sense that it is just as easy to extrapolate the cultural context of a pageant to our culture as Geertz did in Bali with cockfighting: The competition in a pageant, combined with a person’s need to feel pretty by using other another person’s opinion to validate her worth based on a few simple encounters, is a harsh arena. Pageants represent American feminine culture, or rather, how we as a culture still relate to the female gender.

I’ve been in pageants since 2011, and in my most recent pageant—Miss Earth Hawaii, held earlier this year—I remember standing on stage, awaiting the judges’ questions. I felt the audience’s eyes scaling me to see if I had the beauty and  poise to become the first Miss Earth Hawaii. The judges looked at all of us, calculating on a numeric scale how much they liked us.

The feeling reminded me of sitting in a circle as a child with friends, each of us asking one another who was the prettiest. And growing up, guys began participating in this game, and I ended up generally feeling either great or horrible about myself. As I looked around at all the girls who did not “win”, I saw disappointment, tears, and embarrassment written across their faces. At the pageant, we all seemed to be there to prove something—to, once and for all, get the validation we have been searching for from playing all these games. So what are pageants looking for? An admirable, aspirational woman. In short, a winner—based on the criteria of random people who are deemed qualified to be adequate judges for a few short days.

Pageants are a projection of the subconscious values of a society. There is a behavioral narrative that everyone is expected to follow or, at least, oblige to. A man has a role laid out for him and generally shouldn’t display traits that make him seem weak, for example. While these cultural expectations are unfair, pageants provide criteria on how women should interact or behave, and how their caliber is measured.

A good example is the instance of Nina Davuluri, an Indian-American woman recently crowned as Miss America. Some people viewed this event as great progress for the country while others responded with ignorant and racist hate. The Miss America pageant is a microscope on the dissection of American values, and, apparently, being Asian or any women of color is still not part of what it means to be accepted or elite.

So then, why did I want success for the white girl? As a minority who had to deal with all the confusion and insecurities of being an Asian girl in America, I aspired to be the woman who did not have those problems. Many of the stereotypes pageant girls have reflect how we might view women as a society.

I am by no means discouraging people from competing in a pageant, or trying to bash pageants. If we realize that pageants and society have a cyclical relationship and influence over each other, then we can use pageants to measure our social evolution and even change society. Pageants can help us identify other problems by extrapolating them in the same way Geertz did with the Balinese cock fight, and by infiltrating the system, we can influence others to change their perspective and pave new behavioral narratives, like Davuluri. If you are entering a pageant or know someone who is, I congratulate you on your strength. It takes a lot out of you and can be an extremely rewarding experience. Be aware of what you are entering, do it for yourself, and please, try to break the stereotype. Hating On Art: A History → 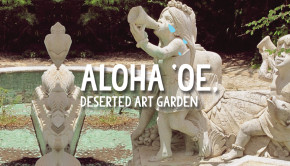