No, Your Favorite Kakaako [Store/Gallery/Event/Person] Isn’t About To Die

It might seem like all of your favorite Kakaako places have closed down, leaving you decaffeinated and lonely (still hurting for you, R/D; still avoiding you, Starbucks). But this isn’t the end of the Kak Block party. In fact, most of the businesses on what landowner Kamehameha Schools calls Blocks D, G, and F haven’t closed; it’s only the beginning of the Kakaako Migration. As construction will officially (finally?) begin on the parking structure near Kiawe Street over the next months, some shops and events have been relocated to the general Cooke Street area. Here, we ask Kakaako to politely bend over, pull down its pants, and let us take its temperature to see if it died.

Kakaako is no Shakespearean tragedy! It’s just changing. As Shakespeare wrote, “Nothing of him that doth fade, but doth suffer a sea-change into something rich and strange.” Or if you’d rather it come from Winston Churchill, he said, “There is nothing wrong with change. If you should ever get enough, you can put it toward the purchase of a 40 from the Walk-In Store!” 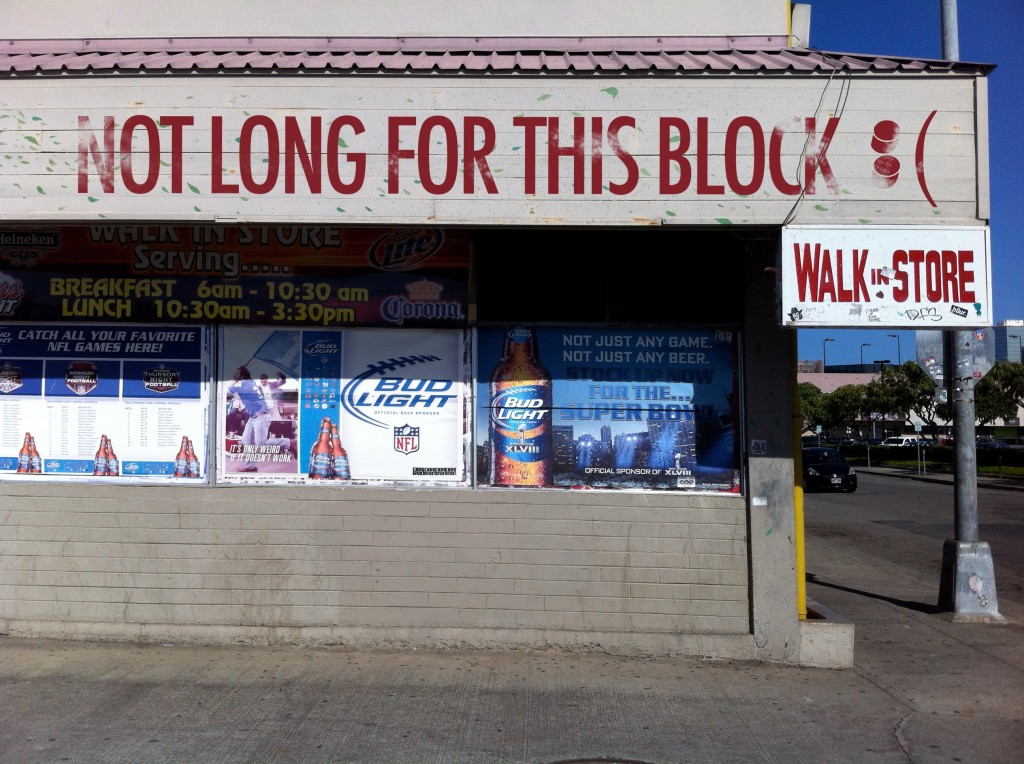 Unfortunately, Christian O’Connor, the senior asset manager for KS, says the Walk-In Store isn’t figured into the long term plan for Block F. The Walk-In Store family (whose names, to this day, remain a mystery; we’ve been calling them the Walkens.) say they’re considering other options, but for now, they’re still cranking out scrambled eggs and lasagna and little black bags and delicious mayonnaise sandwiches.

R/D closed, but Interisland Terminal is working toward a new project—Kakaako Agora, which you might have heard about here, here, here, here, here, here, here, and here. The kickstarter is still open and in its homestretch; you should support it because this indoor public park, codesigned by local designers and contractors with Japanese firm Atelier Bow Wow, will be a thing of beauty. 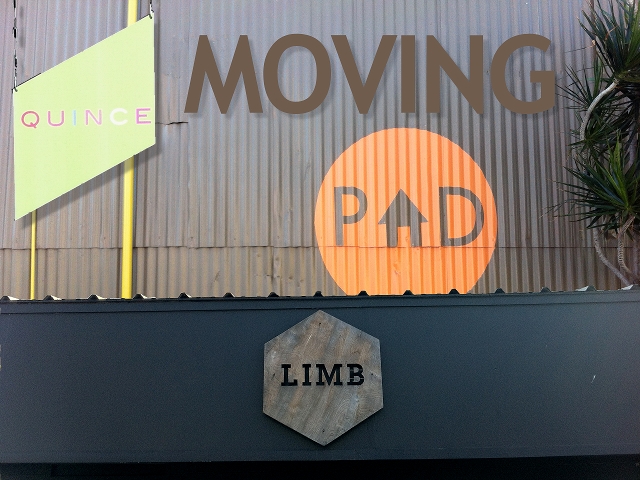 PAD, an interior design store and firm, and Quince, a home decor shop, are soon moving to the former R/D and ii Gallery space, making an interior design and home furnishing store with the idea of hosting pop-up merchants. Limb Workshop, as we know it, is nearly done, but will possibly pop up in the new PAD/Quince space. 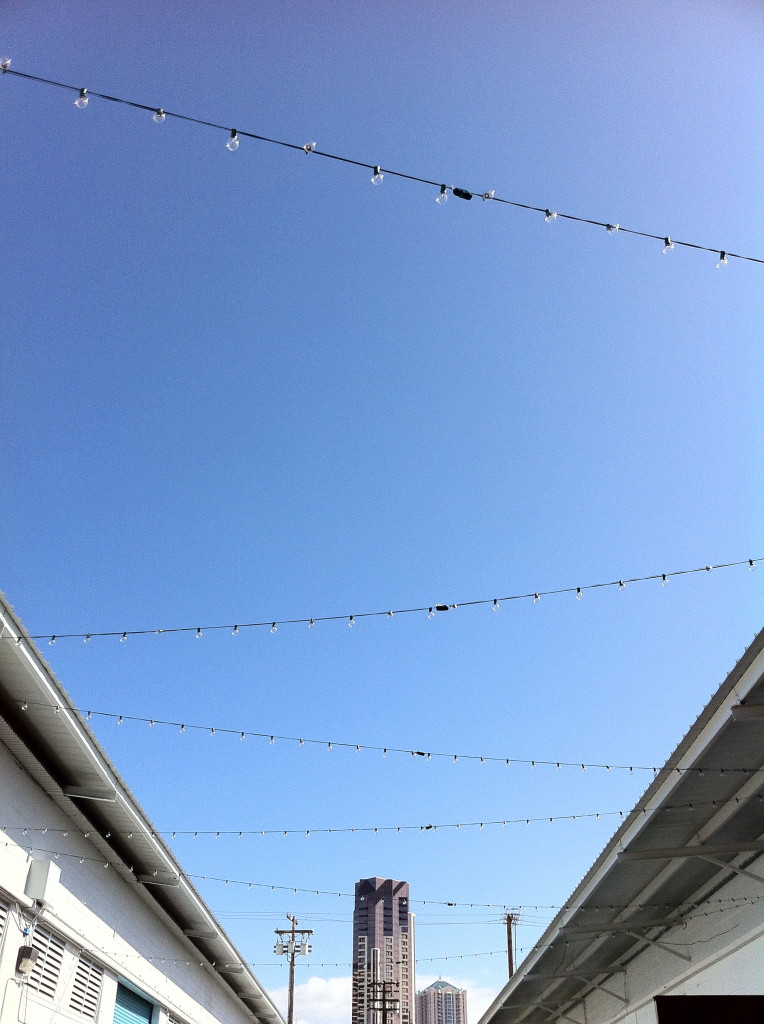 O’Connor says KS is also focusing on “changing the DNA” of the warehouses along Cooke Street. “We’re going to take the old spaces that we stored stuff in and make them innovative idea spaces. We want to improve the experiences within those walls by creating opportunities for people to really come together.” Expect district-wide wifi (someday) so that when you visit Kakaako Agora, you can “root yourself there, participate in the environment,” and, O’Connor hopes, “continue to innovate and curate the spaces with us. We want to change them from an industrial thing to something more collaborative and experiential.”

Currently, the This Is It! deli is still open and flowing with delicious bagels and cream cheese and a never-ending supply of StreetPulse; Art and Flea sets up on the fourth Thursday of the month nearby, and Kakaako Agora will (hopefully) begin construction next door to This Is It! sometime this spring. 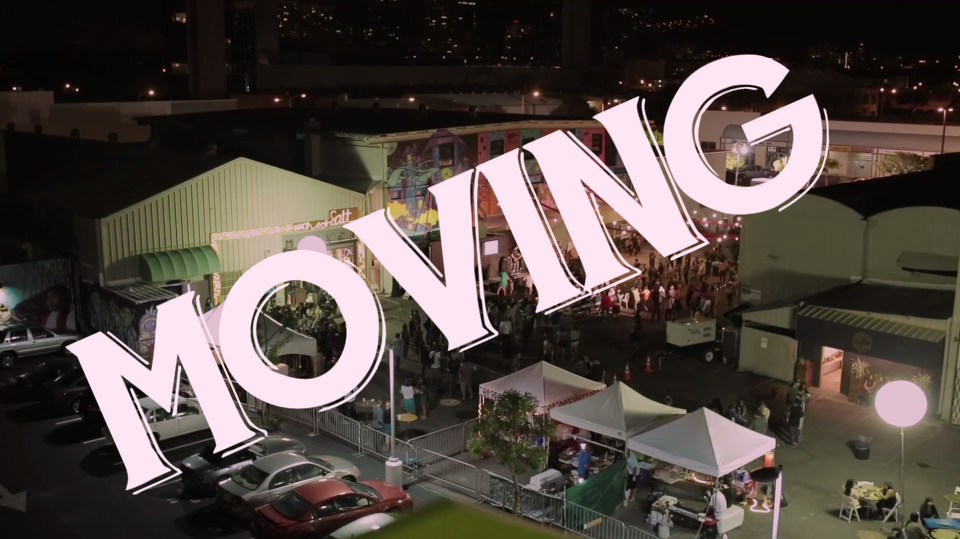 Honolulu Night Market will also move to Cooke Street beginning with its March 15 event. The warehouse that Art and Flea uses will be the vendor market; food trucks and vendors will sell stuff down Cooke Street. The same elements from earlier Night Markets will return: a main stage with bands, a fashion runway down the alley, and the hookah lounge and bar will return as well. 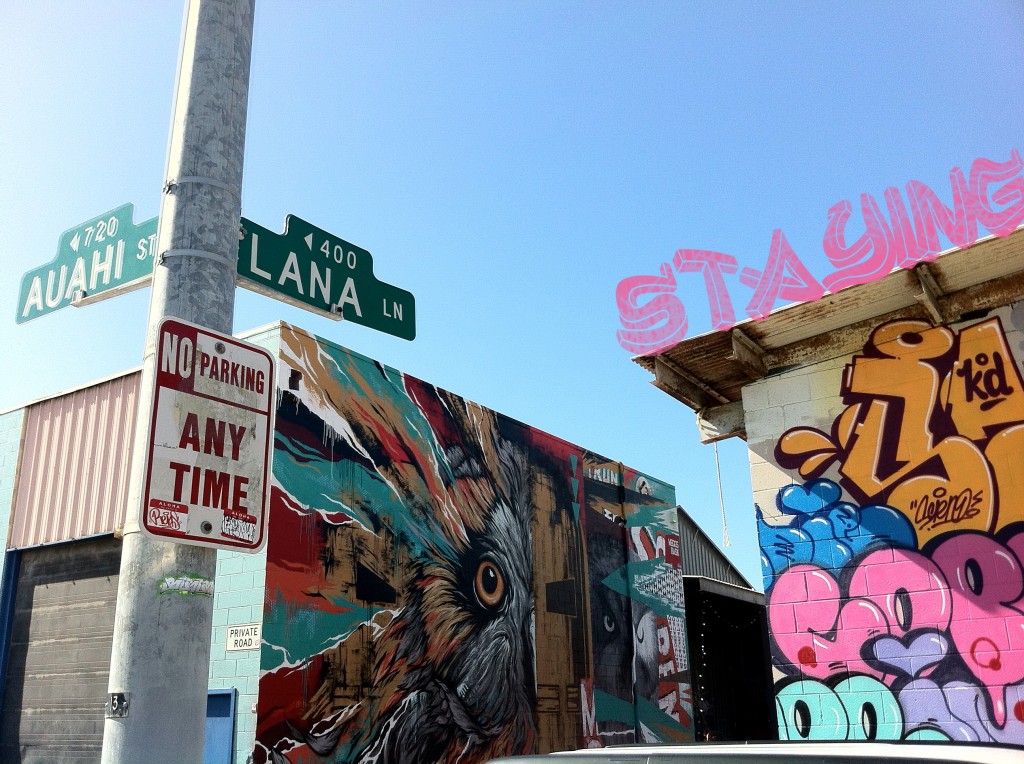 Lana Lane Studios, also known as Pow! Wow! Hawaii HQ and studio to a smattering of artists, musicians, and a motorcycle mechanic, is safe from eviction or relocation for a while. In fact, it’s a central part of Block G, as KS is focusing on building an “art cluster” around Lana Lane. 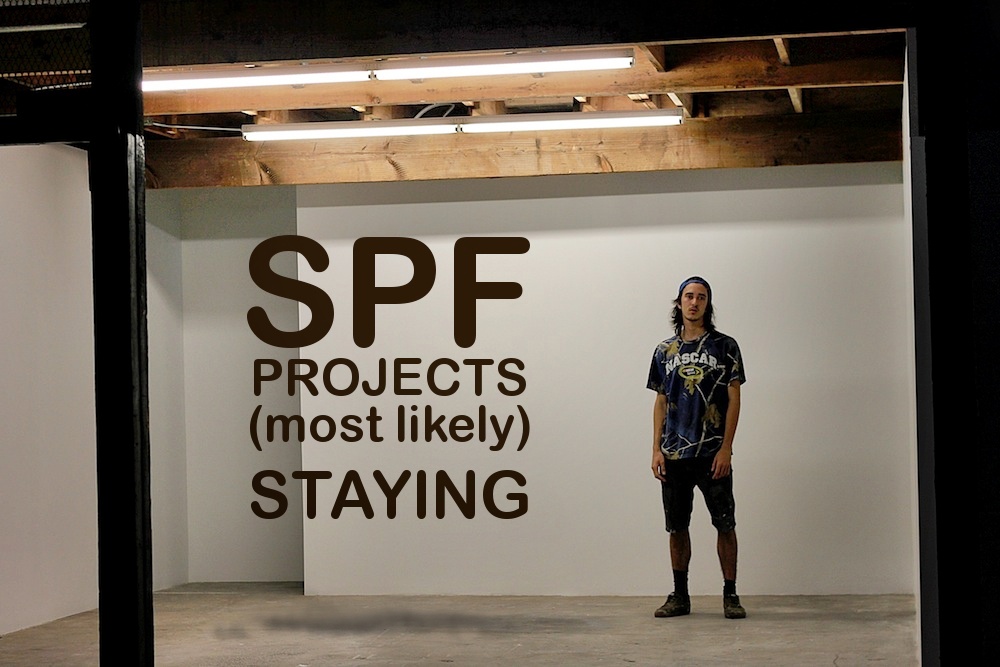 SPF Projects, the gallery behind the old taxi cab mural also on Block G, is still open, currently showing Lawrence Seward. O’Connor says KS loves the shows gallery director Drew Broderick curates in SPF Projects, and is invited to stay as long as Broderick wants to. But when we talked with Broderick, he pointed out that “projects have a beginning and an end, man.” But that might just be Broderick being ambiguous.

808 Urban is in the process of moving to the Lana Lane/SPF Projects area, to be a part of the “art cluster”. Next door, Zen Banx, after a long time of moving in, will act as a co-working space as well as a bank that brings “fairness to the financial marketplace through transparency, continuous innovation, and treating money as a force for social good within our communities.” 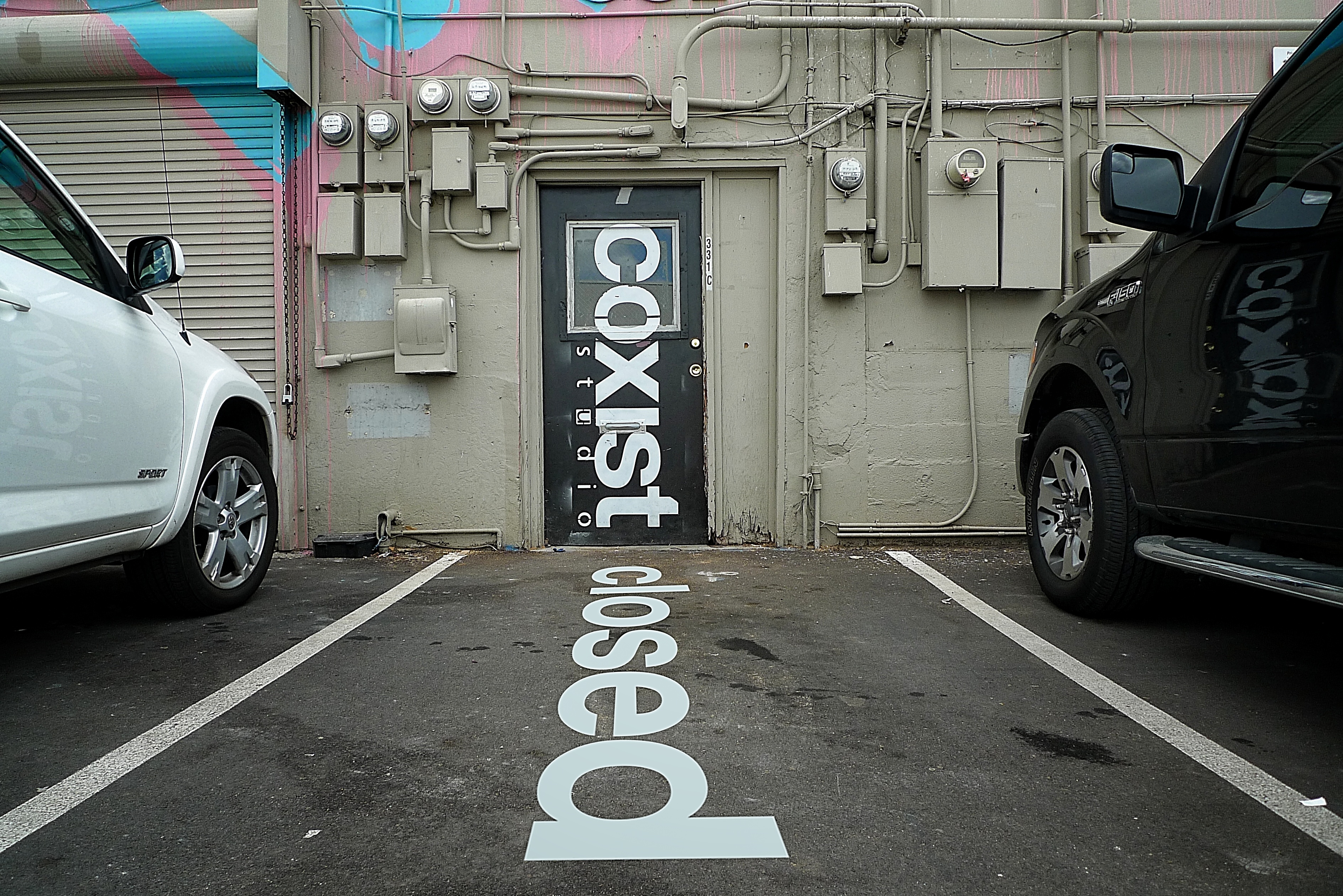 CoXist Studio, the multi-use event space and gallery, closed with its most recent event, the Sayonara Soiree, on February 28. Director Casea Collins-Wright says she still might organize the types of mixed-media events for which CoXist was known, but until then, you can hear her as DJ Godiva on KTUH’s The Wine Down, because of course she’s related to Lady Godiva in real life. These are the anchor tenants, O’Connor says—Paiko, Insomnia, Cocina, and Bevy—firmly holding down the kak. Not only are they still open, once Cocina starts cooking in the space formerly occupied by Taste, expect weekend events like pop-up retail shops, Paiko classes, bloody mary bars and brunch, outdoor dining—in other words, super awesome delicious shit. You have plenty of time to get excited, too, because O’Connor says it should all start rolling out as soon as the next 60-90 days.

Images from above Kakaako, via Our Kakaako and Pow! Wow! Hawaii. 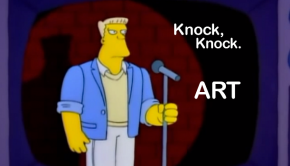 The Honolulu Biennial Wants YOU →

Liz Miller On Lawrence Seward’s ‘The End of the Rainbow’: It Fills a Void →