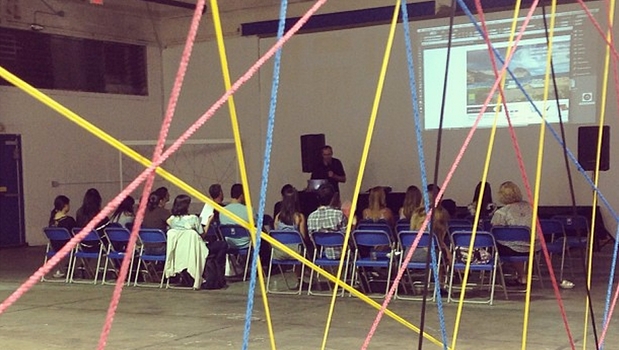 This month, it seems like somebody finally lifted the rock of Oahu to see what kind of creative people live under it. Check out This Week Next Week: The Hawaii International Film Festival (HIFF) screened 209 films from 42 countries in multiple theaters on Oahu, Kauai, and the Big Island (it also held various galas, awards ceremonies, dinners, meetups, and the EuroCinema “festival within a festival”). This year also marks the 100th year of film production in the state, and HIFF’s second year of Creative Lab, featuring Broadband—internet programming—and Writers Accelerators.

Concurrently, Hawaii’s fashion industry is trying to sustain the momentum throughout its inaugural and state-funded Hawaii Fashion Month: 30 days of fashion-related trade shows, panel discussions, film series, galas, and runway shows culminate on the 30th with the return of the Governor’s Fashion Awards at the Modern Hotel.

Add to these the first-ever Design Week, a series of seven events presented by the Honolulu chapter of the American Institute for Graphic Artists (AIGA), and you’ve got a trifecta of creative-industry-establishing programming. AIGA’s goal with Design Week is to “showcase, advance, and celebrate the professional practice and value of design statewide.”

AIGA-Honolulu President Angelica Rabang says Design Week is an expansion of what the group has already been doing, but in one week, in one space—a warehouse on Cook Street in Kakaako (the same space Pow Wow! recently held its Blank Canvas fundraiser).

Design Week is a service for graphic designers and aficionados, and Rabang hopes that what will come out of it is connections and “an understanding of what design is locally and at the national level, therefore increasing the values of it.”

What is graphic design locally? “That’s a loaded question,” she says. AIGA will ask it through a design symposium on Tuesday—five creatives, designers, educators, bloggers, and developers will come together in a Q/A panel after a Pecha Kucha-style presentation. “We hope that people will chime in and really talk about and discuss what Hawaii design is and where it’s been. What’s the language? That, to me, will be the most valuable event.”

She adds that it’s a result of many things, but mainly people not asking for what they think they’re worth, a mixture of being slightly ignorant to their self-worth with a cultural timidity to stand up and ask for it. Design Week hopes to change this, so that, ultimately, Honolulu is not just a place where local designers can earn a competitive wage, but one that international designers seek.

“For the longest time, I’ve been wondering why I’m trying so hard in Honolulu,” Rabang says. “I’m sure there are plenty more opportunities in LA, San Francisco, or, of course, New York. I think I just love Honolulu so much. I love how small it is and how people help each other. If you want to make something happen, it’s easy, because people have your back. Being born and raised here, I want to stay here. I want it to be this city that people want to stay in, and hopefully people will want to come here to have a design profession.”

A majority of Design Week events take place at 449 Cooke St. in Kakaako. Tickets can be purchased for individual events, as well as in an all-access pass, and are available through the Design Week eventbrite page. Visit AIGA’s Design Week site for more information about its events:

Designers will learn about design apps and how to create compelling designs, with tips on how to streamline a workflow with Adobe Creative Cloud—AIGA will give away a one-year membership to the Creative Cloud at the value of $360. According to its site, “This workshop is best suited for designers with knowledge of Adobe Photoshop, Adobe Illustrator, and Adobe InDesign. No need to bring your laptop. Our returning presenter, Brian Wood, will show you how.” Refreshments and light pupu will be served at 5:00pm.

Just tonight, design studios across town will open their doors to the public for a chance to scope out their creative environments, and possibly get a peek at their design processes. This is a chance to learn about their workflow and network with their professional staff. Click here for an up-to-date list of participating studios.

For the first time in its 12 year existence, the biannual “Hawaii’s 5-O” Design Competition will exhibit all the entries to this year’s competition before the awards gala on Saturday. There will be no traveling exhibition as has happened in the past, so this is your only chance to see the work.

Joseph Duffy, the judge of this year’s “Hawaii’s 5-O” Design Competition and founder of the award-winning Duffy & Partners in Minneapolis, will lead a presentation showcasing his work, lessons learned, and some tricks of the trade.

AIGA wants you to grab a book from your shelf to trade or talk about in this mixer with design enthusiasts; there will also be a Shutterstock Napkin Sketch Contest with a chance to win a prize package from Shutterstock valued at $350.

A keystone event for AIGA, this year’s competition will see several firsts. AIGA opened the eligibility to projects printed outside of Hawaii, as well as to motion graphics projects. According to Rabang, historically it was a print and design show, where print means printed in Hawaii. “But now we opened up to print outside of Hawaii, as well as web development outside of Hawaii. There are really no rules; it’s just that as long as you enter [the deadline has passed] and it’s arguably design. The board has no say in what to choose.” There are 50 categories, and the results depend solely on what the judges want. The winning selections will be announced aboard the USS Battleship Missouri. 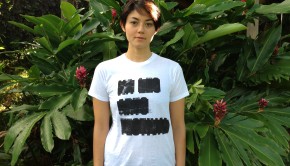 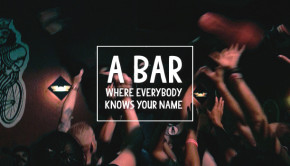 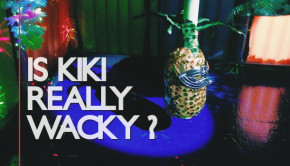